Connecting you to your business anywhere in the world

We here at Funke Ideas are big fans of working outside the office world so we provide services that will help like minded people like you to accomplish that goal.

These are the services we offer. Please contact us to determine your needs and get a free estimate.

We can build you a complete intranet with all the requirements you need, based on your analysis documents. If your needs are not defined yet we will help you accomplish that as well.

If you have a medium or large project in need of planing, we can help you by analyzing your project requirements and writing complete business and functional analysis documentation to help your development team stay on track and on target.

Our extensive experience on the web (see About Us section) puts us in an ideal position to help you achieve your business goals in your new or changing web projects. We offer counseling on how best to invest your time and money.

Functional analysis and QA done for a new mobile application that will help train mechanics manage their workload in the train yards.

Functional analysis done for the insurance IT team on several web and internal applications. Also helped the QA team with testing the applications and writing test cases.

Functional analysis done for the project of converting Event Shopper (white label ticket sale application) from Flash to HTML 5, as well as support for the dev and QA teams.

Full analysis done on the high end furniture market, to create software to facilitate business between designers, manufacturers, showrooms and design centers. A prototype B2B site was developed and reached the alpha stage.

Functional analysis done for the rewrite of tv5.ca . The site includes news, sports and weather feeds, microsites, newsletters and management of streaming videos.

Business analysis done for maintenance of the Aeroplan website. Analysis on bugs fixes and addition of new functionality, as well as support for the dev and QA teams.

Rebuild of a service exchange site. The website and an admin intranet built using the Code Igniter PHP framework and jQuery.

Funke Ideas was started in 2006 by Peter Funke, a veteran of the Internet who made his first foray into the Web when it was still in it's infancy 22 years ago.

After completing a bachelors degree at UQAM in computer science in 1995 he went to work on the university's Registrars website. After this a couple of web-shops followed where he honed his skills as a developer. 1999 marked the year he co-founded Homebass.com, an e-commerce site selling CDs and vinyls of electronic music. This was followed by a stint in Paris as a consultant for 2 years. Next came a brief foray in management then finally the creation of Funke Ideas as he landed a contract with Aeroplan for business analysis.

After this he has alternated between analys and programming contracts. The highlight being the creation of the Nolinor Aviation FDS/SMS intranet. A large system to centralize all flight and crew information in one place. This system permits the operators to better organise their client's flights and crew assignements (pilots, flight attendants and mechanics) among other needs. This projects was done remotely and for 3 months was even worked on from the road as the Funke family toured the USA in a camper (read more here).

All this time he has been carefully keeping an eye on the evolution of the Internet as a whole and the Web in particular and learning much from his many projects and associates along the way.

The Funke Ideas office is currently located in Laval (Quebec, Canada) but we can work remotely for anyone anywhere in the world. We are also open to moving closer to you for the duration of larger projects. 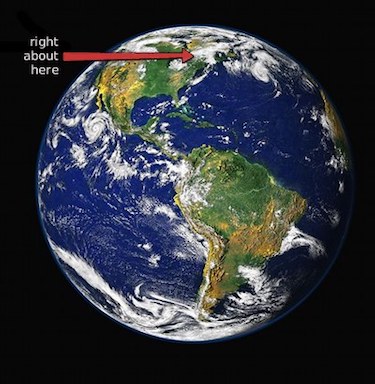